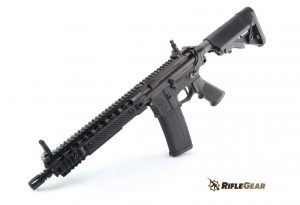 We received a handfull of these sought after SR-16 uppers from Knight’s Armament.

These SR-16 uppers were contracted for Government and Law Enforcement agencies and are now available for civilian purchase.

The SR-16 CQB upper is assembled with components you’d come to expect from Knight’s.

Some of the appealing elements of this upper is the use of the railed URX3.1 free float handguard, E3 bolt and the ‘SR-16’ designation marking. 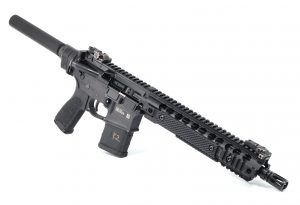 Since these uppers were Government tested, signs of wear will be present along with a ‘Commercial’ marking.

The SR-16 CQB upper would make a great addition to a SBR/Pistol build.