The New Zealand Ministry of Defense held trials to select a new rifle to replace their Steyr AUG rifles. In 2015 the NZ MoD announced that LMT would be supplying the MARS-L rifles for the New Zealand Defense Force. LMT is offering rifles based off their contract rifles. 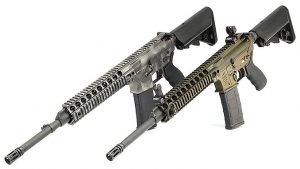 We are offering 2 variations of these rifles. 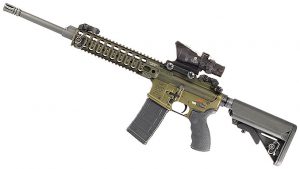 The CQB16 Gray rifle will feature LMT’s defender lower receiver and MRP A3 upper, finished in gray camouflage. The barrel is a NZDF specification, 4150 CMV 16″ chrome lined, 1:7″ twist, with offset bayonet lug for use with rail mounted grenade launcher.  This model does not come with sights from the factory.

Both rifles will use a direct impingement, unique straight tube mid-length gas system and are chambered in the 5.56 NATO cartridge. The Monolithic Rail Platform features a continuous top 1913 picatinny rail and rails on the 3, 6, and 9 o’clock allow users to mount a wide variety of forward grips, weapon lights and IR lasers, as well as other accessories. 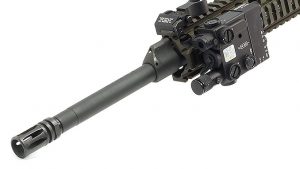 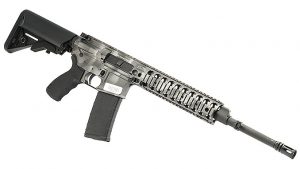 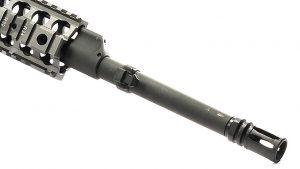 The lower receivers will vary between these 2 models. The CQB ODG featuring LMT’s ambidextrous MARS forged lower finished in a OD Green anodize. Whereas the CBQ Gray will use LMT’s Defender forged lower with a gray anodized base topped with a Cerakote camouflage finish. 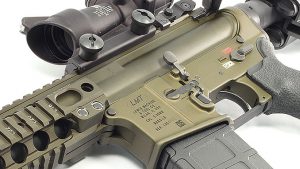 These rifles are available on our website and in-store.